Ecological Anarchy in the World of Quantum Physics 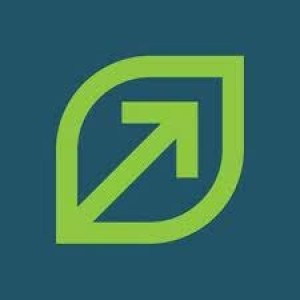 A few days ago, more accurately on June 5th, Goran Trivan, Minister of environmental protection, woke up from his weeks-long hibernation to celebrate the World Environmental Day on a celebration in botanical garden "Jevremovac", together with respectable guests, where he stated that "Serbia is catching up with the most progressive ecologies and countries."

In his parallel universe, Minister and his clique of party members, "green" state secretaries, chiefs of the Cabinet, which ride their quads through the Nature Park "Stara planina", probably had their reasons for celebration.

As if we haven't seen Juzna Morava river bed decorated with thousands of plastic bags as terrible signs of our negligence. As if there was no embankment on Sava River where the "elite" of our capital illegally build their vacation houses, illegally take drinking water from Ranney collectors used to supply the entire Belgrade with drinking water and spilling wastewater from their cesspits over one of the main sources of drinking water for Serbian capital. As if we aren't noticing thousands of rivers in Serbia, constrained, trapped inside the pipelines, supplying turbines of small hydro power-plants, leaving only the desert behind, whereby they produce barely 1% of the entire energetic balance according to the Environment Protection Agency. That's less than a statistical error. As if you weren't looking at the orgies of the chainsaws wherever you turn, relentlessly destroying forests of Fruska Gora and cities of Serbia, steered solely by reckless desire for profit and lead by primitive individuals' logic: "it's easier to put concrete here, than to broom fallen leaves every day", and which caused Belgrade to suffer from unremembered floods the other day. Because water finds its way - if there are no trees, if there' no soil which would accept most of the rainfall, water will get to the first rainwater drain which is, in Vesic-Belgrade from other-side reality, clogged and useless.

In our, this-side reality, the homepage of DRSP movement was black and white on that day, because we didn't have a single reason to celebrate. Our flags are at half mast, our members are disappointed and wrathful because of the ongoing ecocide in Serbia and increasing threats by the nervous regime. Although the movement has grown to become the biggest informal environmental association in the Balkans, reaching more than 100 000 members in a relatively short time, repression and obstructions don't stop. More than 60 offence and criminal proceedings have been initiated against our members; regime doesn't stop trying to infiltrate provocateurs; some allegedly similar organizations spend more time dealing with us than with basic questions of their operations, allowing professional protectors of the environment from political parties of pseudo-green orientation, and state organs don't obey either promises they gave, or decisions they have made. This is not a time for celebration. More, for a commemoration of the nature and vegetation of our cities.

From the very beginning, DRSP is characterized by its independence from daily politics in all aspects of our operation, making us uninteresting to majority of the mainstream politicians. Since the founding day, we keep rejecting persistent invites to establish an umbrella organization and keep advocating decentralization and operation on many small fields, because where there is organization, there are hierarchy, forums, secretaries, panels, fights behind the curtains and machinations. That's the reason why nobody is satisfied with us: on one side, they accuse us of collaboration with Aleksandar Vucic's regime because we agreed to have a discussion with him in September 2019, where he promised a lot, but didn't keep any of those promises. Samurais of Computer Mouse and Warriors of the Keyboard, criticizing us on forums, simply can't understand: you have to talk to your opponent as well, to understand his motives and assume his intentions.

On the other side, during the meeting where we didn't hear anything else but the "how can they exist in Norway, and can't in Serbia" story, Serbian Prime Minister Ana Brnabic described us as anarchists which tend to destroy the legal system of the state and the state itself. However, in the state characterized by mess and solid dose of anarchy, we can only be some kind of anti-anarchists, positrons standing against the bunch of negative electrons, something like a phenomenon - contradiction to the existing and growing entropy and chaos in Serbia, since we're advocating respecting the regulations enacted by the state, implementing decisions of the judicial authorities of the same state, keeping the promises given by the President and respecting the word of people, whose majority is against building small hydro power-plants wherever "investors" show up.

If organs of the state don't respect their obligations, what else remains than to make them do so using protests and civil actions?

Yes
No
PrevPREVIOUSOthers About Us: Goran Marković - Movie Director
NEXTWe Promised that We Shall Not StopNext