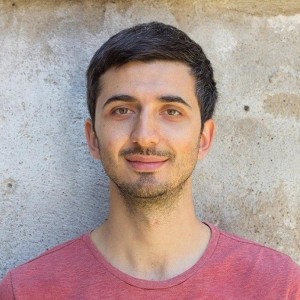 The highest, or rather the longest waterfall in Serbia is Kaluđerski skokovi /Monk’s Leaps/ waterfall (232m) located on Stara planina (Balkan Mountains) in the area of the Topli Do village. It belongs to the category of cascade waterfalls, consisting of a set of small waterfalls interconnected by steep cascades into a single whole.

The waterfall is located in the upper stream of Kaluđerska reka (river) which springs from the fountain bearing the same name at 1,900 m above the sea level, at the foot of the highest peak of Stara planina, Midžor (2,169 above the sea level). The power of water has cut its way through the verdure, stripping the soil bare to the very core of Stara planina, a distinct red sandstone.

This monumental masterpiece of nature was first introduced to the public as late as in 2012. Namely, the author of the book ’’Serbia’s Waterfalls“ - Dragovan Stojadinović Šule – while visiting the Toplodolska river basin, learned in a conversation with a local resident of Topli Do, Mile Cenić, of a major cascade waterfall that only locals were familiar with. Shortly after gaining this insight, a team composed of Dragoslav Stojanović Šule, Saša Milanović, Ljiljana Vasić, Milorad Kličković conducted the measurement and established the waterfall height. They have determined that the first cascades started at 1,554 m, descending over a set of higher and lower cascades to the elevation of 1,322 m. The result of these measurements at the same time marked the discovery of the largest waterfall in Serbia.

Kaluđerska reka is a tributary to Rekitska reka, which it joins at the place called Selište, at some 4 km distance from Topli Do. The road leading to Selište and Kaluđerska reka is also the road that connects the village with Babin zub (peak). Traversing this path, you have a chance to relish in the view of beautiful Rekitska reka. At Selište, the path leading to the right follows the course of Kaluđerska reka. At some 1 km distance, it descends to the brook’s bed and crosses to its left side where the real adventure begins. Since we have spotted our final destination, at the vicinity of first cascades we arrive at the tributary called Vrla strana. After crossing that tributary, the trail moves further along the stream of Kaluđerski potok where the first lowest cascades commence, i.e. the lower section of the waterfall.

It should be taken into account, though, that visiting this waterfall is not for everyone. Some sections of the way to the waterfall, especially in the upper part of the trail, are difficult to pass. Thick undergrowth, fallen trees, steep terrain and slippery rocks are potential obstacles you should consider if you decide to embark on an adventure to Kaluđerski skokovi. Nevertheless, the breathtaking sights at every step are more than rewarding for every effort visitors make.

The best time to visit this waterfall is early spring when it abounds in water, but to me the most wholesome experience is in late spring when vegetation is in full bloom, speckled with wild flowers, while the splendor of red rocks is poised against a backdrop of never-ending greenery.

Author of the text and photos: Milan Simonović