The Use of Renewable Energy Sources, But Not at All Costs 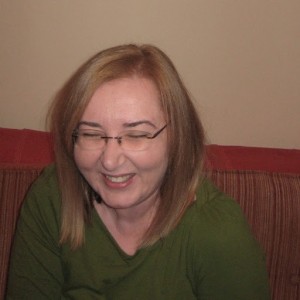 The need for redistribution in the energy use emerged at the moment when it was observed that the consumption of some energy types exceeded the speed of its creation in nature. The reserves of renewable energy sources are assessed relative to their exploitation capacity over the span of millions of years. On the other hand, the reserves of non-renewable energy sources are assessed relative to the exploitation period of several tens or thousands of years, despite the fact that their creation took much longer.

As the method of energy exploitation and consumption resulted in the energy crisis and climate change, the need to change the energy and climate policy globally proved inevitable. Therefore, in 2014, the European Council agreed on a new 2030 Climate and Energy Policy Framework. By virtue of this document, the European Union defined short-term, mid-term and long-term goals in the sphere of climate and energy policy.

However, as early as in 2008-2009, in the wake of the global economic crisis, Europe noticed that it should focus on a sustainable approach and in 2010 it defined a strategic framework for the 2010-2020 period titled Europe 2020: A Strategy for Smart, Sustainable and Inclusive Growth.

As Europe's strategy in 2013 was already in an advanced implementation stage, the European Commission invited Serbia in its progress report to make a strategic move towards a long-term climate and energy policy.

The key objectives of the Europe 2020 Strategy are as follows:

Europe's strategy is not mandatory for non-member states, but it is a signpost for accelerating reforms. Serbia is anyhow a member of the energy community, obliged to raise the share in the production from renewable energy sources to 27% and conform to EU's acquis communautaire in the field of environment and energy.

The results are far from satisfactory, the trend of renewable energy sources is very steep for the 2016-2020 period, and the CO2 trading is disrupted, whereas high expectations from emissions trading have not been fulfilled.

That is why the Energy Council has endorsed a long-term climate and energy vision until 2050 comprised of two strategic documents:

These documents contain ambitious interrelated climate and energy goals. There is an obligation to reduce the greenhouse effect by 80-95% versus the benchmark 1990. Likewise, it is necessary to ensure energy security and competitiveness in this period.

What is important for Serbia and how can it keep pace with the changes?

When statistics is concerned, according to the report of Eurostat (European Statistical System), Serbia has reached 27% share in the production from renewable energy sources.

Most importantly, on 30 January 2020, Serbia adopted the national plan for reducing NERP emission. It was preceded by the Government Decision of 30 January 2020 on adopting the wording of the national emission reduction plan for chief pollutants originating from the old, large combustion facilities.

The application of the National Emission Reduction Plan has the goal to reduce emissions from big old combustion plants by 31 December 2027 and to harmonize it with the emission ceilings defined by the Industrial Emissions Directive.

But what is the key issue Serbia is faced with?

Due to its disadvantaged position in terms of energy security and dismal conditions regarding energy poverty, Serbia needs to find solutions to these problems as they directly affect the improvement of the aforementioned parameters.

What is energy poverty and why should Serbia address this issue thoroughly?

Energy poverty is normally estimated by determining the share in the revenue that a household spends on energy. This notion, however, has much wider implications. Energy poverty restrains economic, social and cultural development and the progress of a society, contributing to an increase in social divide and social inequality, pushing the poor and undeveloped into even worse poverty and affliction.

Energy poverty has adverse effects on citizens' health, it contributes to the pollution and degradation of environment, imperils the safety of property, affects the availability of health and social care and the fulfillment of many other individual or general needs. (Source: Energy poverty and conditions for its reduction, by dr Ksenija Petovar, sociologist)

Poverty is a multidimensional issue and according to the definition set out in the Poverty Reduction Strategy of the Republic of Serbia, it represents a complex phenomenon where citizens are not capable of meeting their basic living needs and basic human rights to employment, appropriate housing conditions, sufficient access to social services, healthcare, education and utility services.

One of the indicators of energy poverty is the percentage of funds directly spent on procuring the energy (percentage of revenue per household member - 10% threshold) or subjective criteria such as heat availability in a house.

The reduction of energy poverty can be achieved step-by-step, by applying inexpensive and available means. Just to mention the replacement of inadequate local furnaces that produce high level of indoor pollution, being energy inefficient as they consume large quantities of fuel and yield low temperature effects while producing negative impact upon the environment.

The state and public sector should inform citizens about available and alternative energy sources, about the options to enhance energy efficiency of their facilities, about efficient energy saving methods. It is particularly important that citizens be informed of adverse health effects caused by using inadequate local furnaces (fueled by raw wood or low-quality coal) and the production of energy from fossil fuels.

Instead of a conclusion...

The following quote includes the introductory part of the civil sector Recommendation regarding renewable energy sources, forwarded to the Government of the Republic of Serbia in June 2019.

"We, as civil society groups working in the territory of Serbia on the topic of environmental and economic sustainability of the energy sector, recognize the role of incentives in the development of new technologies in the energy industry and support the transition to energy-efficient energy sector based on sustainable forms of renewable energy sources.

It is important to underscore that over the 2015-2017 period, Serbia directly subsidized coal four times as much as renewable energy sources, in the amount of EUR 287.10 million. However, it can be expected that the subsidy amounts for renewable energy sources will likewise increase once a few more small hydro-power plants and wind farms have been put into operation before 2020.

To ensure a transition to environmentally and economically sustainable energy sector, it is necessary to ensure that incentives remain on the economically tolerable level for citizens and that subsidies support only sustainable sources of energy..."

You can read the complete document by following this link >>>

Yes
No
PrevPREVIOUSWe Promised that We Shall Not Stop
NEXTIf Not Now, When? Time of Changes, Creative Chaos and HopeNext