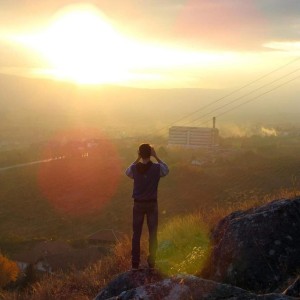 For many peoples around the globe, river watercourses are indelible from basic living needs and life in general, the identity of communities, sense of belonging, religious rituals, beliefs and ceremonies, development of languages, culture, even educational practices. These inbred, reciprocal and constitutive relations between people and rivers, have long been poorly interpreted and understood, and it hasn’t changed much nowadays either, even though they could be critical for assessing the state of environment and for protecting the same, along with protecting the rivers.

Freshwater systems are, unquestionably, the most important and the most critical resource on the planet. Apart from enabling well-being and maintenance of an ecosystem’s health, freshwater systems also support the economy and lives of peoples around the globe. For generations, the management of this resource, conducted in industrialized regions of the world, has placed freshwater systems in an objectivistic position that is more suitable for control and regulation. It is exactly through this approach, the knowledge about water, reliance thereupon and its representation detached from a social context it also has, that modern hydraulic paradigm was created, prevailing over a multitude of perceptions of rivers in late 20th century.

For a number of reasons, the contemporary concept of water as a substance completely alienated from its social, cultural and religious context, has led to increased alertness as to the issue of water. This is exactly why, apart from bare exploitation purposes, ever stronger tendency emerged over time for water to be vested with its associated natural, historical, political and cultural rights. For such a current of interests to become sustainable, the perception of water as a resource called for a recognition of complexity of relations between water, ecosystem processes and society as well, wherefrom, pretty shortly thereafter, certain curricula in the USA introduced the concept of socio-hydrology, in 2012, which was also known as hydro-social cycle in numerous studies meanwhile conducted.

Ethnographic studies on watercourse utilisation and municipal water management in some primitive communities have contributed to inseparable ties between water and societies. These studies include subak irrigation systems on Bali, as well as self-sustainable Aztec systems that operated for several hundreds of years in the south-west of the present day USA, testifying together to co-evolution of water and human communities, known as one of the first history lessons of every educational programme, teaching us that first settlements and first big cities developed precisely at the river banks.

Indians claim that it is impossible to set apart the Ganges River from its people, that the Ganges without India, or India without the Ganges is the same as a house without its foundation or foundation without the house. Indians respect the Ganges as their mother. They believe it purifies everything it touches upon, that it brings hope and removes fears, it brings victories and takes away defeats, and over time its valley has become home to well-known Taj Mahal. Varanasi, the most sacred Hindu city, is also situated on the Ganges banks where Hindu pilgrims still take ritual ablutions on a daily basis, despite its enormous pollution.

The culture of India and Hinduism, notwithstanding its geographic and ideological distance, among many similarities shares the river-related tradition and rituals and respect for rivers garnered by ancient Christians, observed on the example of Đurđevdan (St. George’s Day) old customs: washing in the river before the sunrise and scooping “omaha” – the water from the watermill into the house, as a part of the ritual for getting rid of every evil from home, which is just one of the examples.

Water as a legal entity

That the concern for watercourses is not new and that it dates back long before legal regulations, which experienced expansion as late as in late 20th century, is proved by some of the first river protection programmes aimed to preserve its cultural values. In 1915, as a result of recognizing river’s aesthetic values, the State of Oregon prohibited a diversion of specific watercourses on the Columbia River. The 1917 Agreement testifies to the recognition of Indian rivers by UK’s colonial administration in religious rituals exercised on the Ganges River, which is why all infrastructural projects related to this river’s management were soon to be adapted.

Eventually recognized as important, the issue of unbreakable bond between water and society has been officially declared as one of the topmost priorities on the UN’s list of goals of sustainable development, nowadays known as“Goal 6”:ensuring the access and sustainable management of waters and sanitary conditions, where the position of water is clearly underscored, together with other goals, in the processes of keeping peace and justice, climate changes, protection of environment, nature and bio-diversity, but also the development and maintenance of social communities.

According to the amendments to the 2018 Brisbane Declaration, ecological watercourses are defined by their quantity, flow time and quality of fresh water as well as the levels of water required for maintaining the water eco-systems which in turn support human culture, economy, sustainable living and welfare.

An increasingly stronger obligation towards ecological courses and an expansion of methodological approaches for assessing the same, has emerged from the division between policy on the one hand and ecological and scientific concerns for rivers, ecosystems dependent upon rivers and human communities on the other. The biggest issue identified was exactly the one related to watercourse regulation which predestined them for exploitation, segregating them in this way from everything that relied on them irrespective of profits.

Streamline the fight, rather than rivers

The community of river fighters, ever since, has striven for slowing down the exact technical, technological and institutional frameworks (standards, laws and rulebooks), but also for expanding political, social and media support aimed at all communities directly or indirectly affected by changes in watercourses but also at invoking a conscientious responsibility of all offenders of internationally established rights. Therefore, the implementation of programmes on ecological courses should bear numerous social and political consequences which would, in practice, comprehend different re-distribution of watercourses from simple scooping of water from one and diverting to another place, leaving critical parts of the system without water as the key component, which Serbia is currently faced with.

The recent practice from numerous studies on the protection of watercourses endangered by infrastructural projects that threaten to cause their degradation, pinpointed the importance of determining, disseminating and promoting recreational qualities of the watercouses concerned. It includes the potentials for extreme sports such as rafting or riverside camping, fishing or bathing, their economic potentials that do not compromise natural systems nor threaten any component of the associated eco-system, including the potential for organic farming by local communities and all varieties of eco-tourism potentials. It also emphasized intangible, aesthetic, cultural and religious values, which, apart from protection, syngergistically open numerous opportunities for financial support both to local and regional population and also to state economy without inflicting environmental harm. The aesthetic areas and long-term impact assessment of the watercourse in its riparian zone, remained the first and mandatory component in the legal struggle for rivers.

Since the first decade of the 21st century, globalization has increasingly transformed and converged science and practice of managing river watercourses. The first Brisbane Declaration of 2007 established a single common definition and determined a global action plan for improving the river watercourses and their management, together with the environment protection plans. In this process, the correlation was consolidated between international environmental protection organizations, scientists, engineers and NGOs with newbies in this fight – the finance sectors, state support, humanitarian activities and development aids. Together, this global, diverged community, has enabled the fight for protection of nature and rivers beyond previously recorded historical frameworks.

Such established consortium of all with a single, large goal, equips all its parts but also individuals and local movements with required information and support for leading a smart and strategically founded campaigns against deep-rooted forces of monopolized legal systems. The courage of the people who fight for big and the only righteous goals is immense, especially in the regions where, just like in Serbia, the room for civil society is getting smaller and more dangerous.

The activists fighting for rivers are doing exactly the same as the rivers themselves: they are connecting us. They are establishing a link beyond the boundaries of cities, policies, religions and cultures, since the issues that threaten our rivers bear far more weight than unsound decisions of governments and the actions of systematic profiteers.

Nevertheless, the challenges are many nowadays. New reports show that almost a third of rivers in the world is left without or with reduced flow, thus compromising, by simple math, a third of the eco-systems that depend on them. The good news is that, today, despite these growing challenges, we have ever stronger muscles to grapple with the same and to take care of rivers, climate and basic human rights that are being taken away from us. The best of all, it is becoming reality where we already, a drop by drop, make it happen.